Sara carefully selected scenes from the film and cast them via over-the-telephone auditions with each young actor. Sessions happened over several days at Koko Productions, and the results are as charming as we imagined they would be.

With so many people displaced and moving from war- and poverty-torn countries to find new, safer homes, this story’s classic lines and critical acclaim struck us as one that will resonate tonally and also entertain, as brought to life through the voices of children.

The new Deep Green Entertainment website hosts the project, which is augmented by whimsical illustrations from Maddy Peters, based on photos that were taken in studio. 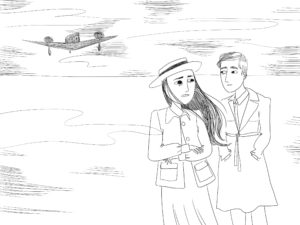 Capturing Our Stories: An exhibition of Syrian children’s photography
Scroll to top