Disease & Desire is a web-series written by Kim Clark and directed by Sara McIntyre. The story is an adaptation of Kim’s publication, A One-Handed Novel. The pilot episode is funded by Telus Storyhive.

Right before a dinner party, Mel’s annual MS checkup reveals that her body can only produce six more orgasms!

During Mel’s annual neurological check-up with dreamy Dr. Sharni, she learns her multiple sclerosis is progressing – no surprise – but is shocked to also discover that her nervous system will only produce six more orgasms. Six! Fortyish and single, Mel must decide how best to spend, save, or at least not waste those precious orgasms. Disease & Desire follows Mel and her squad of friends and freaks through MS-y escapades with sex, friendship, travel, career, money, achievement, defeat, inheritance, home and body. Season One delivers a steamy recipe for Chicken in Mourning, the start of a weird countdown, a sixy dinner guest, and besties who love Mel… but just try too hard. Mel doesn’t want pity, she might need a light, and she definitely wants to know what you’re up to later. 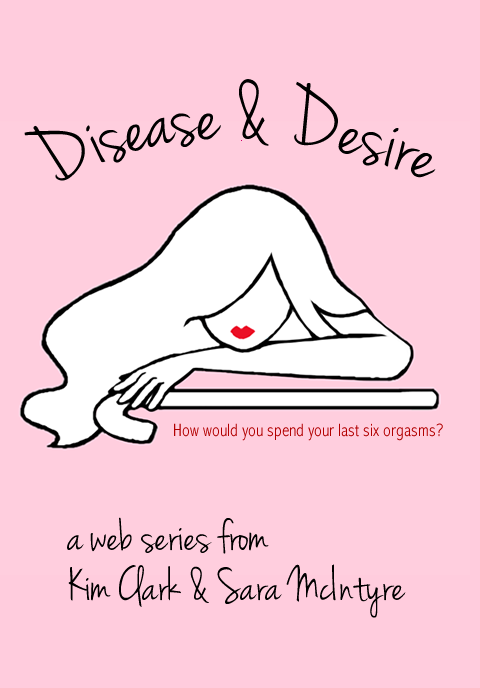