Over dinner, Caroline Young, voice agent at The Characters Talent, mentioned she wanted to do something fun with her young voice actors. Something to unite the group and add unexpected material to their demo reels. We batted around ideas – and then, “What if we gave them scenes from a classic movie? One that adults would recognize, but would be new to the kids.” Our shared excitement confirmed the idea and I started digging around for recognizable film scripts.

Casablanca is often referenced as one of the best American screenplays ever written, and after spending intimate time with those pages, I have to agree. I chose ten scenes that tell the Casablanca story through the relationships between Rick, Sam, Ilsa and Victor. They needed to be engaging for an audience, and offer a range of challenge for the young performers. We arranged telephone casting sessions, so I could cast the roles by ear; then booked studio time at Koko Productions and production was underway.

The sessions with these young actors and this astonishing material have been the most fun I’ve had in an audio studio. All talent were prepared and eager, and their willingness to play and work hard was a joy. Our audio engineer, Kale MacCharles, introduced them to the technology and made them comfortable in the environment. I focused their performances on personal expression and connection with each other. 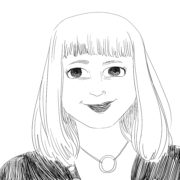 Maddy Peters’ illustrations of the performers in these roles are the icing on the cake. She took photos from the studio sessions and interpreted the scenes to give visual expression to the fun we had.

We didn’t want to replicate the 1942 film, we wanted to hear fresh voices play with this material and make it something new and entertaining. I’m proud of the story we’ve brought to life here – the charming material and the confidence that the actors gained through this work.

Here’s looking at you, kids!

It’s not for sale at any price 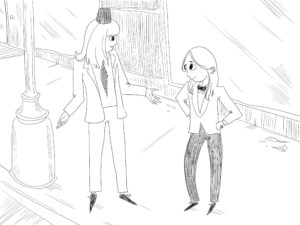 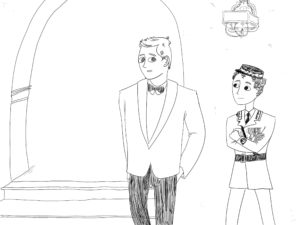 Some of the old songs, Sam 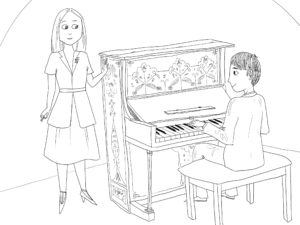 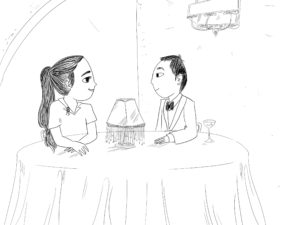 Boss, let’s get out of here 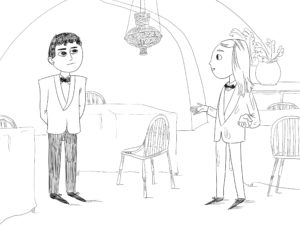 I’ll meet you at the station 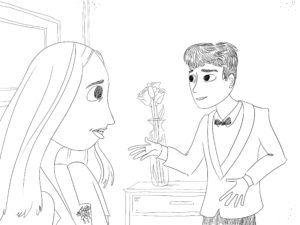 We’ll never see each other again 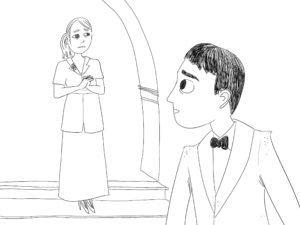 Were you lonely in Paris? 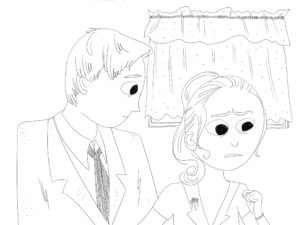 You were fighting for the same thing

You’re getting on that plane