Voters cast their ballots online and today Two Indians Talking reached the number one spot. Round one determines the top 40 films, which will be voted into top 20 and top 10 lists during the coming weeks.

It’s an honour to be among so many films that offer inquisitive realism, profound joy and frustration, and a strong narrative bridge to contemporary Native life-ways. 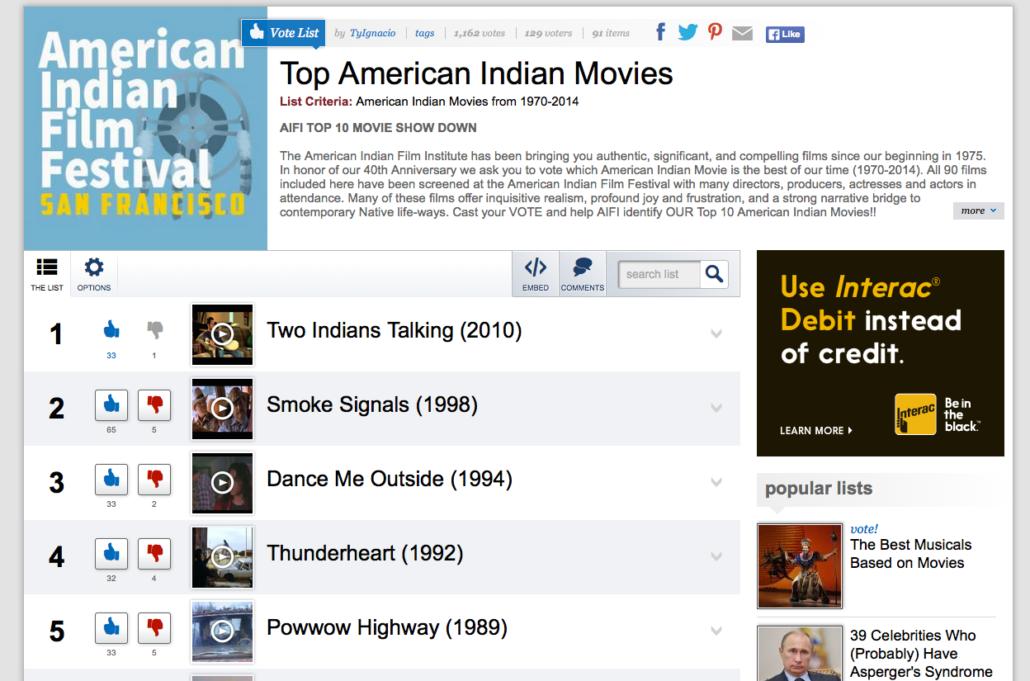